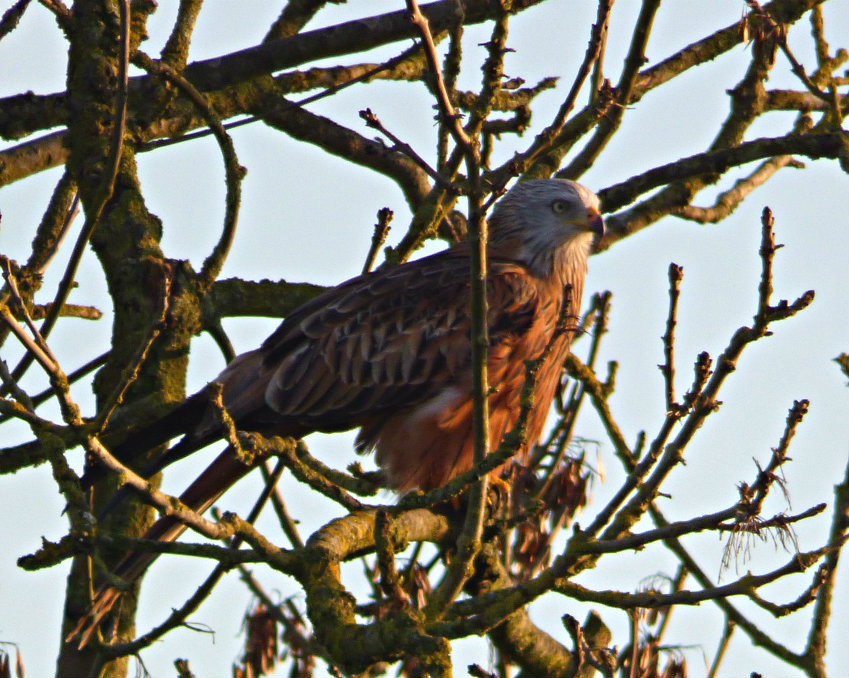 The first kite fell in a tumbling dive, just a few yards away from us. The great wings folded to allow it to just skim the grass. We watched from the car as first one, then another of the fabulous birds played with the air, brushing the ground as they fed. It was a magnificent sight…worth driving miles to see… yet we had driven a mere ten yards from my home before the show started. We hadn’t even left my street…and we still had a long drive ahead. Reluctantly, we left the kites behind and headed out into the frosty wonderland of a white morning.

We weren’t lonely though. Throughout the entire journey to Glastonbury we were attended by birds…mainly kites and buzzards. Lots of buzzards. Perched, it seemed, on just about every hedge and tree. We stopped counting early in the day; by the time we reached Oxford, a mere twenty-five miles away, we must have been in double figures. Even though we know that it is winter and the lack of leaves makes spotting the great birds easier and we know that roads and the inevitability of roadkill makes the highway a good place to scavenge, there were just too many of these huge creatures for their presence to pass unremarked.

We had the feeling it would be a good day. 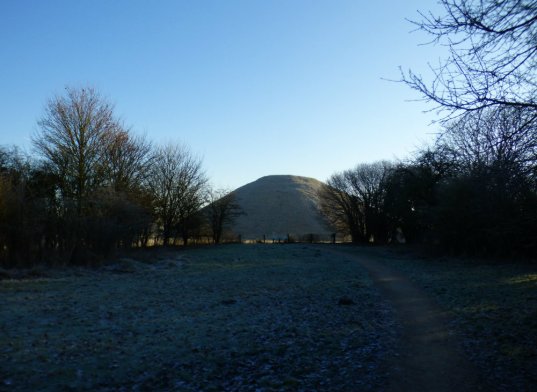 As always, we stopped briefly at Avebury, to pay our respects to Silbury Hill, the huge, man-made mound that is as old as the pyramids and of similar size. The frost and pale, winter sun made the contours of the mound quite striking.

Birds were everywhere here too, with a curious robin eyeing us expectantly, used no doubt to the bounty of crumbs left by travellers. The elusive bird in the bush, though, played hide and seek with the camera. I think it was a fieldfare…but it was not letting me get a good enough shot to be sure.

We took a short detour, just to say hello to the stones of Avebury in the sunlight, knowing that by the time we got back it would be dark. Then it was on to Glastonbury. For once, we would not be visiting the town. There would be no Stowfords at the George, no renewal of contact with the red and white sacred springs that well from the earth, no rummaging in bookstores or candles lit in quiet chapels. Our mission was entirely human… we had come to see a friend.

Alienora, author, blogger and more importantly, a dear friend of long standing, has recently moved to a lovely new home in the shadow of the Tor… and while it is impossible to visit Glastonbury without acknowledging that enigmatic mound, for once the landscape was not our focus.

It is a while since we were last in Glastonbury; we hadn’t realised how long it had been. The past year or so has been rather busy…  At any other time we would have stayed longer, spending the night, revisiting places we love and catching up with other friends. This, sadly, was but a flying visit…just long enough for hugs, talk, a walk with Ali’s dog, Jumble and a glimpse of the Tor from beneath the mistletoe on Windmill Hill.

Five hours after arriving, we set off again for the long drive home. It was well and truly dark by the time we reached Avebury again… but the lights were on in the Red Lion and we broke the journey with dinner in the only pub that is right in the centre of a stone circle.  And then, because it was Avebury, we were rather obliged to go for a walk. Dark or not, Avebury always had secrets to share… 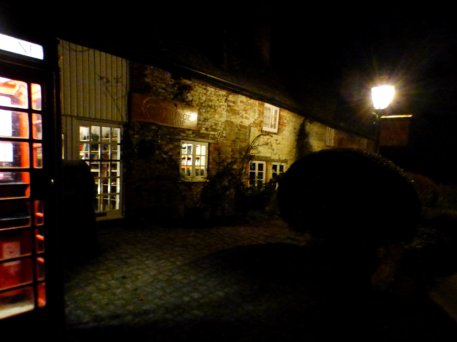 1 thought on “A flying visit…”