All ideas have to start somewhere and mine began with an hour or so to spare en route to the north. I had seen the sign for the National Memorial Arboretum every time I headed up that way and thought it would be a good place to while away a little time, so I turned the car towards Alrewas with no idea what to expect.

The Arboretum was the born from an idea of Commander David Childs CBE. An appeal was launched after he discussed the idea with Group Captain Leonard Cheshire VC, a one time commander of the legendary 617 ‘Dambusters’ squadron and philanthropist. Childs wished to create a national place of Remembrance,  to honour the fallen, recognising their service and sacrifice.

Yet it is not simply  military monument and all those touched by conflict are remembered here, from those who were shot at dawn to the children whose lives were extinguished before they had begun. 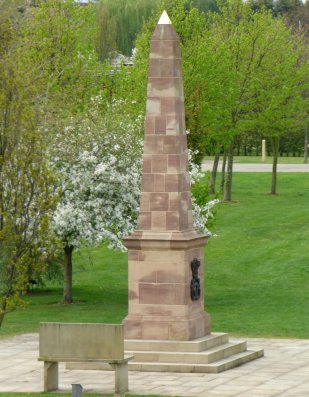 “The project,” says their website, “began with no money, no land, no staff and no trees.” An appeal was launched to fund the arboretum, land was donated by Lafarge Aggregates and volunteers began to make up the staff of thousands who have come together to make a garden of life to remember the dead. Over 30,000 trees have been planted, creating a green space beside the lakes. Wildlife flourishes amid the hundreds of memorials and a chapel of peace provides quiet place of contemplation. War and militarism is not glorified here, in spite of the regimental badges. It is the human cost of conflict that is highlighted, both by the almost surreal, created landscape and the straight-shouldered figures paying their respects. 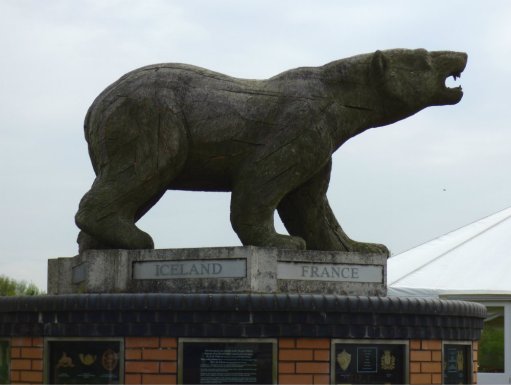 There is a Garden of the Innocents with an elder tree at its heart, dedicated to Anne Frank. Each spring its flower buds are removed, to symbolise the lost childhoods never allowed to grow to maturity. The Polar Bear, that six men spent a year hand carving, contains within it a capsule holding the names and documents of the men of the 49th (West Riding) Infantry Division… a Yorkshire regiment who spent much of the Norwegian campaign of WWII buried under 20 feet of snow. The ‘Shot at Dawn’ memorial commemorates the 306 servicemen executed for cowardice during WWI, many of whom we would now recognise as suffering from PTSD. 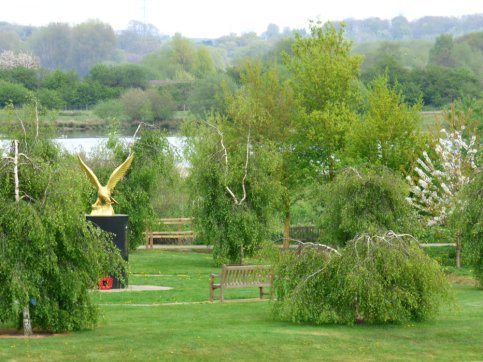 At the centre of the arboretum is a huge, circular monument that reminded me forcibly of the henge monuments and stone circles that still mark our landscape. The ‘standing stones’ here are living trees and the walls of the memorial bear the names of the sixteen thousand service men and women whose lives have been lost to conflict or terrorism since WWII. In a further echo of the great stone circles, the sun plays a part in this memorial; at 11 am on 11th November every year the sun shines through the gaps in the walls of the memorial, casting a shaft of light across the centre.

I do not know how many hundreds and thousands of names are recorded and remembered here. I do know that behind each one of them is a story. That every single name belongs to a son or daughter, spouse, parent or sibling…. that each one holds a memory of grief and a life given with honour and courage, perhaps, but nonetheless lost senselessly to the inhumanity of war. In this place of light and cleanliness, the contrasts are stark, the very aseptic order seeming, somehow, to bring home the dark, bloody chaos of horror. 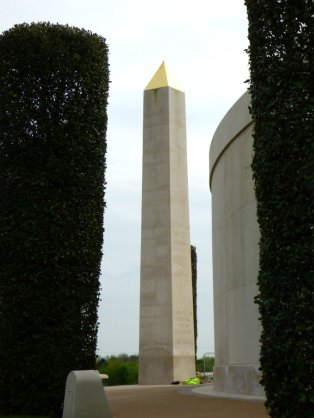 Somewhere in the arboretum, the names would be those of my own family… not so very distant in history. I was heading north to a weekend of standing stones and ancestors… it seemed somehow fitting to link the ancient with the more recent past in this unexpected oasis of green growth.

1 thought on “Growing in peace”