With the car bursting at the seams, I completed the drive north for the workshop. Picking up Stuart on the outskirts of Sheffield, our first port of call would be cross-country to collect a crystal that would be a symbolic presence and reminder of a woman we had loved. She had always worked with crystals and they meant a great deal to her. It was, perhaps, not surprising that the stones were to play a significant part in the workshop.

The next day was given largely to the final packing and preparation for the weekend. There would be scant space for two in my little car by the time we had done…and we would be three after the workshop, as Nick was on his way north too. One of my sons, he said, should see what I was so passionate about ‘before I died’. On that vaguely disquieting note, I had packed his bags and awaited his arrival in Derbyshire.

As my projected demise was not, as far as I was aware, imminent, we decided to take a break and visit an old friend. We had not seen the Wood-stone for a while and the first of the bluebells were just coming into bloom. The carved stone is hidden within woods near the edge of Sheffield. 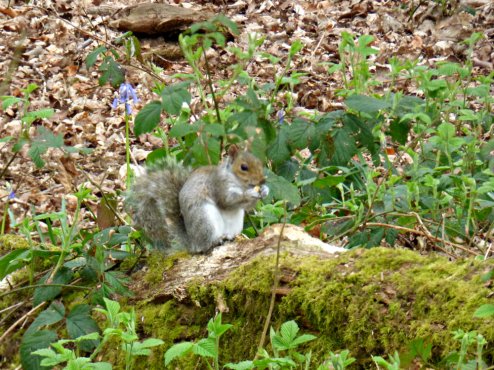 We were greeted by squirrels as soon as we entered the wood. The very first was a mere few feet away, casually perched on a branch in a pose we have come to associate with our departed friend. But there was not just one, or even a few, but more than either of us has ever seen together before, even in parks where they are used to being fed. They were everywhere, busily digging up their winter hoards, scurrying up trees and rummaging in the leaf litter. They showed no fear and went about their business as if we were of no consequence at all passing within touching distance…and yet seemingly invisible to others in the wood who walked by without seeing them.

A robin led us along the path, hopping from branch to branch, way too close for normality, towards the portal trees through which we pass to find the stone.

The Wood-stone, is tucked away at a little distance from the paths, yet a mere stone’s throw from the surrounding houses. It was discovered in 1981 by a council worker. Similar in style to some of the petroglyphs of Ilkley, it is in a league of its own because of its design. Archaeologists have dated the stone as late Neolithic or Bronze Age, meaning that it could have been carved over five thousand years ago. What it may mean remains a mystery, though, with its deep carvings and three-dimensional form, it does look to us remarkably like a topographical map of several hills and enclosures. Even though, so long ago, the people were not really supposed to be able to get an aerial view of the land… 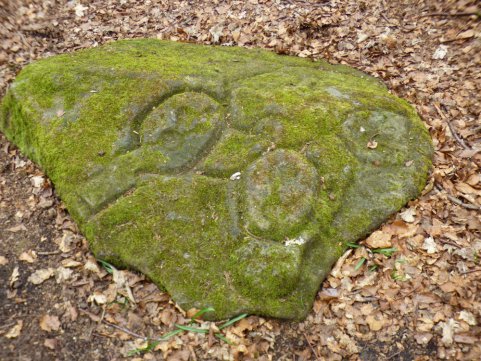 We sat a while with the stone, surrounded by new leaves and bluebells, wondering, as always, where the hills were that seem carved in stone here. Were the lines and groves the shapes of settlements? And if so, just what did the depressions mean? That, at least, we were to gain a little possible insight about, later that weekend, when we took some of our friends up to one of the stone circles.

The walk in the woods gave us time to breathe and feel the life of the land we love and serve, even within the confines of the city. Small birds and more squirrels escorted us as we left the wood and a pair of jays played hide and seek in the branches as we returned to the car that would soon be stuffed to overflowing with costumes, props and a wheelchair. The next day, the workshop would begin… 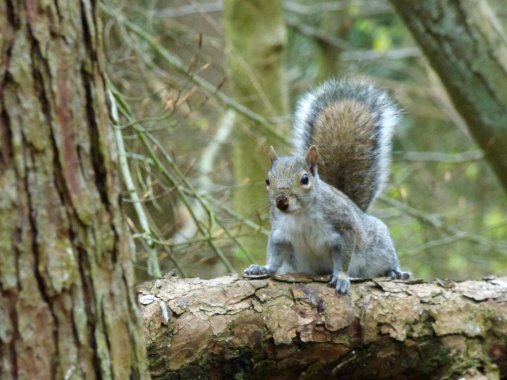