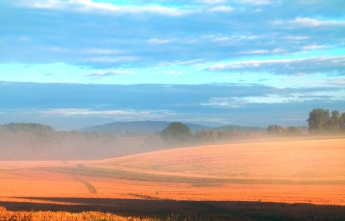 … Our-Father, Lady, Countess-Grae passed light and demure across the softly shifting shades of a turquoise beach. Formless as beauty likened to the morning mist, her presence cleansed and refreshed the air as she danced; flitting capriciously between the stark but numerous clumps of white seaweed which lay sprawled like bleached and dying spiders: upturned and struggling in the yet cool but rapidly warming, morn-time sun.

They straddled the beach like shredded robes with their puckered strands wafting playful death throes in the sea breeze and as robes which had been wrenched, torn and wildly flung to lie forgotten upon the rising mounds of the blue dunes they appeared to have been discarded and scattered amid the sea’s insatiable passion for the sand.

And in her innocence, in her uncertain, whimsical passing Our-Father, Lady, Countess-Grae’s ruby feet caressed that same dry and now sullied sand: with all its succulence spent and with its surface baked-dry in the aftermath of the sea’s relief.

Yet cajoled and enticed by the arch of her feet and the spring in her step as she ran, the sand was compressed and spilled forth a deeper moistness; the dark clammy grains of which clumped and clung in a rich blue pulp and which squashed and squelched between the niches of her toes; cold, and invigorating as the new day which dawned all around.

A girl again, her laughter bubbled between short gasps, gurgled, giddy and pure as she moved; her reckless spirit sprightly and unabashed, flowing swifter and swifter, until, exhausted from running but still in playful mood she succumbed, collapsing onto the blue-green terrain beside a large vermilion boulder which squatted upon the lip of a small rock pool: its shade only vaguely unsettling her as she fell, splaying out her pale, slender limbs in limp, abject surrender to her surroundings.

As she gradually began to recover and her breath grew more even, her fingers scratched and gently scraped at the purple moss that spread like speculative boredom in dark, sporadic patches across the rock’s hunched and brooding form. But she remained unmindful of the delicate intricacies and patterns which she so idly created for she was lost in the emerald-green sky and there she bathed her resting soul in the lushness of its translucence…

– Extract from ‘The Aetheling Thing’ 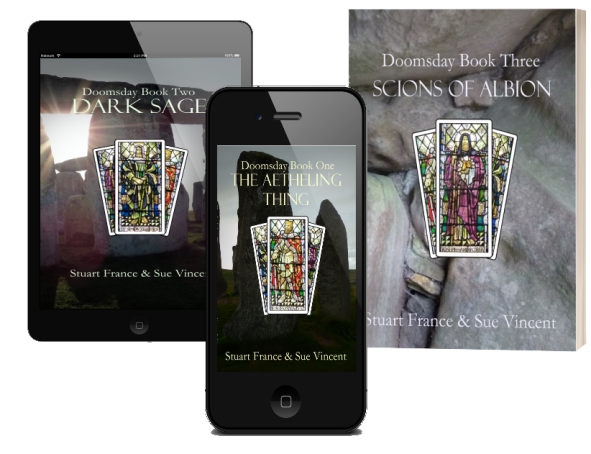 Doomsday: Dark Sage
…. something was spawned up on the moor… something black that flew on dark wings. It heeds not time or place… but it seems to have developed a penchant for the travels of Don and Wen….
“Are those two still at it?”
“Apparently….”

Things are getting serious…

Exactly what is Wen doing with that crowbar and why is she wearing a balaclava?

All will be revealed…or will it?

Follow the story begun in The Initiate and the Triad of Albion, as Don and Wen explore the ancient land. 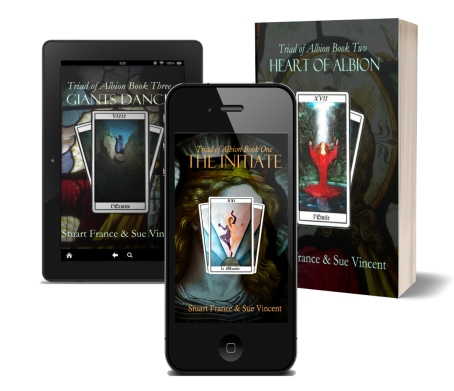 2 thoughts on “Doomsday: The Aetheling Thing…”