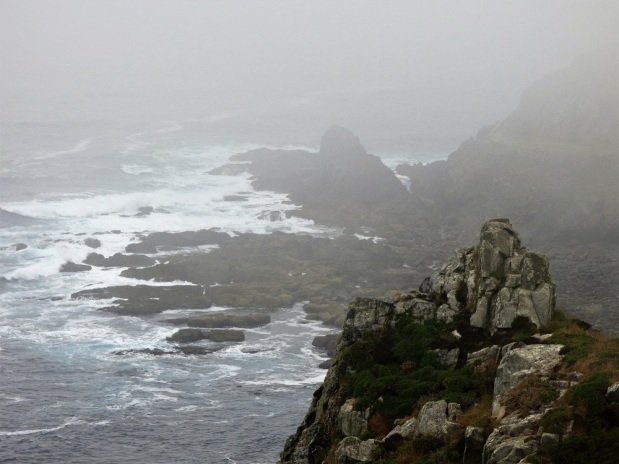 We stood on the clifftop just beyond Ballowall Barrow, marvelling at the beauty of the seascape, or what we could see of it through the gathering mist. The bracken was already thigh-high, covering the fractured stone with a green blanket scattered with a profusion of wildflowers. Below us the Atlantic waves foamed as they broke on the reefs and beaches. The sea-mist covered any trace of the hand of man. There could be no more magical landscape. 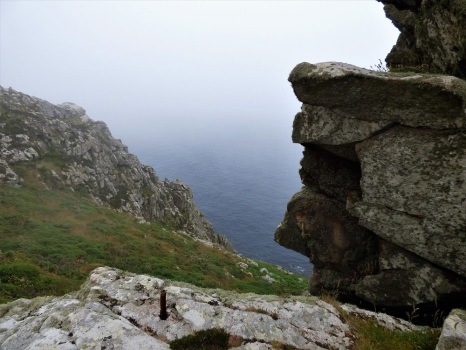 As we watched, strange faces and creatures came to life in the rocks as the ‘dragon’s’ breath’ swirled around them. It felt as if we were on the edge of time and place, not just the edge of the country… and as if one more step would take our feet out onto the eddying clouds and into that realm where the Fae and the Pobol Vean reside.  Or, perhaps the mist would carry us to long-lost Lyonesse, and its fabulous city whose bells can still be heard from deep beneath the waves. 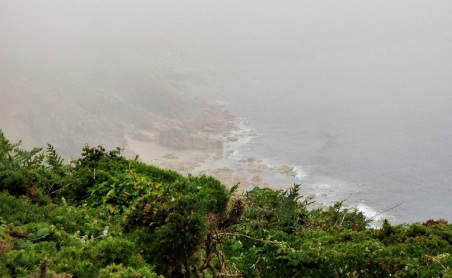 It had been a magical day too, from Penzance in the early morning, through Newlyn to the Merry Maidens stone circle and Tregiffian barrow, to Land’s End and Sennen Cove, with a walk on the beach before breakfast.  There was the wonderful little church in St Just, Carn Euny with its fougou, holy well and the friends we found there…not forgetting St Michael’s Mount, Cape Cornwall and the barrow we had just left. It was incredible how much we had seen once again, in so little time and without ever hurrying. It was not as if we had taken the straight route to anywhere, and most of the roads we had chosen were little lanes. We had even doubled back to St Michael’s Mount because of the tides! And the day was far from over. 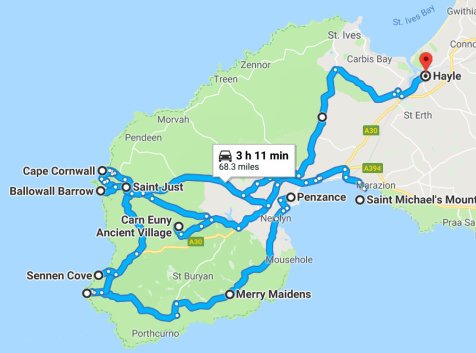 We left the cliffs and regained the road. We were heading for Hayle, just north of St Ives for the night, but there were a couple of other places we wanted to see on the way. We let the map carry us away from the main road and out into the hills. 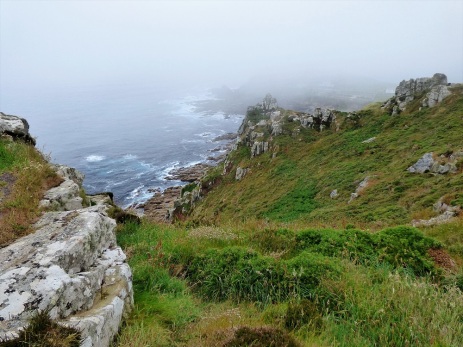 The ‘toe’ of the country is so rich in ancient sites and churches replete with history that we could have stopped every mile or so to explore. We were looking for two rather special sites, though, and the day was drawing to an end, after all. We passed through glorious countryside and hamlets that can only be called picturesque. The skies had finally cleared, allowing us to see the hillforts and standing stones past which we were driving, reluctantly, it must be said. But could we find the two sites we were seeking? We could not. 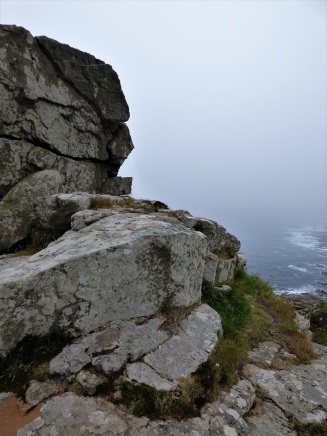 We have learned to listen…eventually… when the day speaks. It was not too long before we realised that it was saying ‘enough is enough’, at least for one day. We abandoned our search and drove into Hayle. The faded glory of a Georgian inn and the early evening ‘celebrants’ at the bar were more than made up for by the best bathroom we had seen in a while, and a landlord who provided us with everything we needed for a very early breakfast next day. 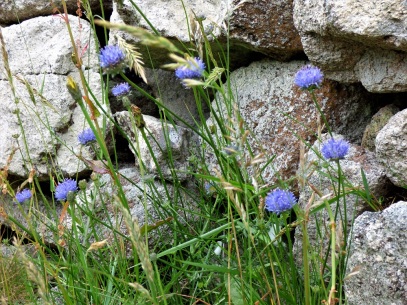 We sat on the town steps, eating fish and chips with our fingers and well satisfied with our day… especially as we had now armed ourselves with a brand new map… one whose crisp paper folds showed all the little lanes and side roads. Given what we had planned for our second day in the area… we were going to need it… 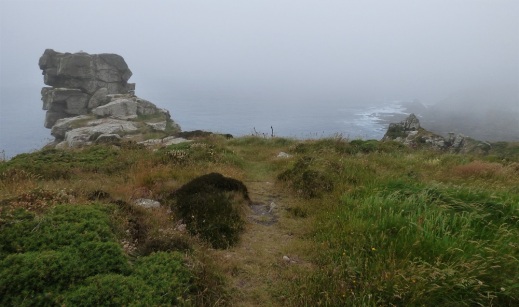