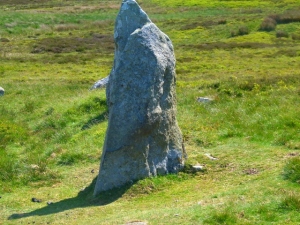 The Druids of Erin, so the story goes,

They told it in this way…

There will come one, ‘crop-headed’,

The table in his house, west-lying

And all his folk to him, replying,