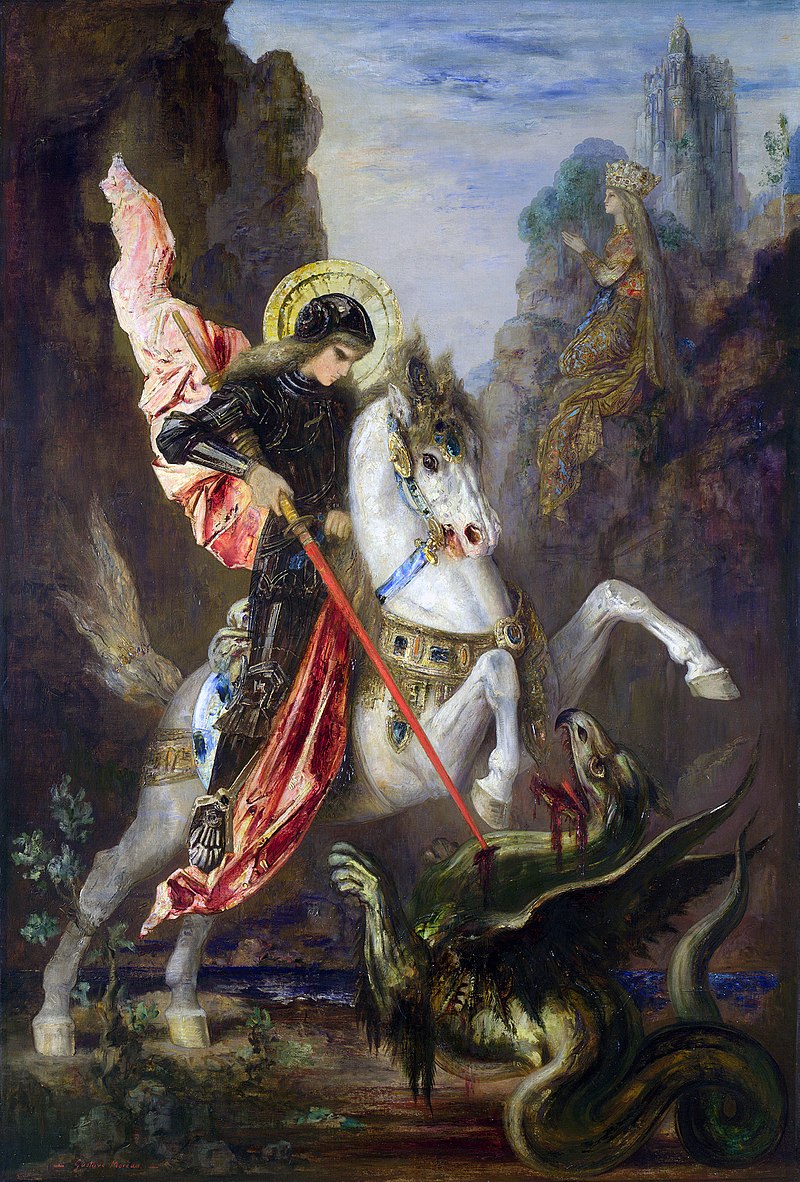 for ‘conferring sainthood’ rests upon intercession.

Intercession can be described as,

‘the predilection of disincarnate entities

to affect the incarnate world in a positive way’.

or outcomes from their prayers of supplication to such entities

a case can be made for ‘promotion’ to sainthood…

A history will be written, icons and relics will be manufactured,

This process, apparently, applies to both humans and angels

which gives us the seemingly incongruous phenomena –

Of which, St Michael is one…

All this is a far cry from the early scriptural tradition

which seemed loath to even name ‘God’s Messengers’.

Strange as this process might be it does suggest

that calling on the Archangels for help actually works!

This is easy to explain from the magical point of view:

engaging in this process manifests will

by giving intent an imaginative agency.

This is one use of symbology and the Renaissance paintings

of religious entities and other mythological subjects

are particularly efficacious in this regard

because they were conceived and executed during

The mediaeval Book of Hours worked in a similar way

for the private devotions of the Aristocracy.

But, where on earth does St George fit in?