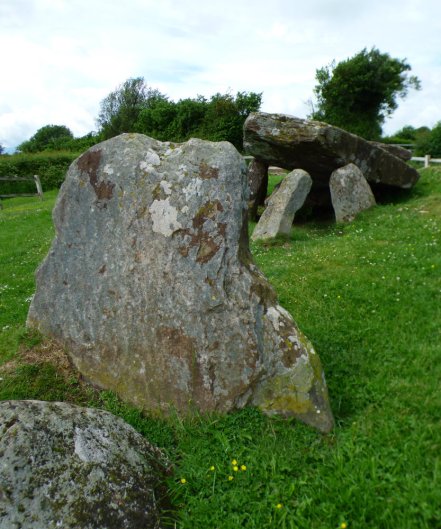 I’d seen the name when I’d planned the route… though ‘planned’ may be stretching things a bit far; I had a vague idea and my companion had a map. From Kilpeck to Rhyader, somewhere near which we would find our hotel, there are perfectly good ‘A’ roads and the fifty mile trip should take no more than about an hour. But with a ‘B’ road that passes through something called Golden Valley, and through villages with names like Kingstone and Dorstone before leading you up a track called Arthur’s Stone Lane… well, the ‘A’ roads were never really an option. Especially when I’d seen ‘King Arthur’s Stone’ marked in telltale brown on the map. 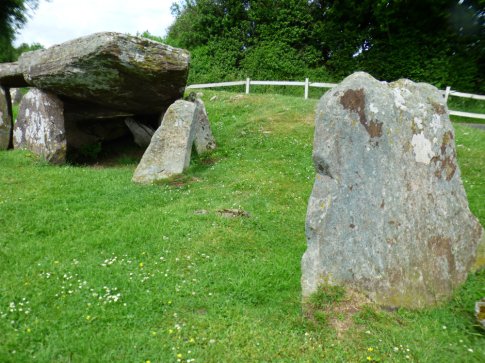 Not that we had any idea what King Arthur’s Stone might be. “Probably just an erratic,” and if so, we would probably miss it. Such things are seldom signposted and one odd boulder in a field has little to distinguish it from any other boulder unless you get up close. “It could be miles from the road.” Given the amount of rain we’d had, neither of us fancied getting muddied up to the eyeballs for an erratic… a random stone dumped on the landscape by a long ago glacier. It was probably a wild goose chase… and I was loath to give my companion another reason to expound upon the wandering stones theory. 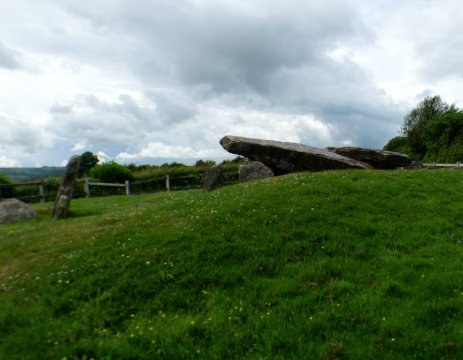 But we were in luck. A sharp and unexpected turn led us up a narrow lane, following the signs for King Arthur’s Stone, before an even sharper turn onto a broken track, barely wide enough for the car’s wheelbase. A track, moreover, that seemed intent on getting narrower and leading us into the middle of nowhere… which was fine. It is where we generally end up after all. The road surface started to disappear too, but, just when we were convinced we must have missed whatever-it-was… we saw it. Right next to the track and unmissable for all sorts of reasons. 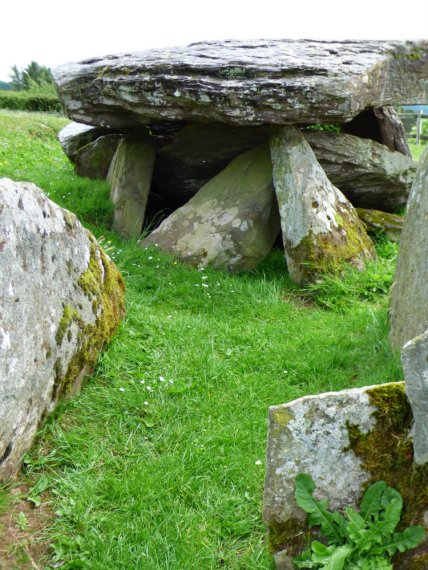 “It reminds me of something…” Goosebumps. The site looks out over the Golden Valley, right across to the distant Brecon Beacons, but we weren’t looking at the view. We were looking at twenty-five tonnes of rock balanced delicately upon a number of uprights within the remains of a neolithic mound. The capstone has split, with part of its underside fallen into the chamber. 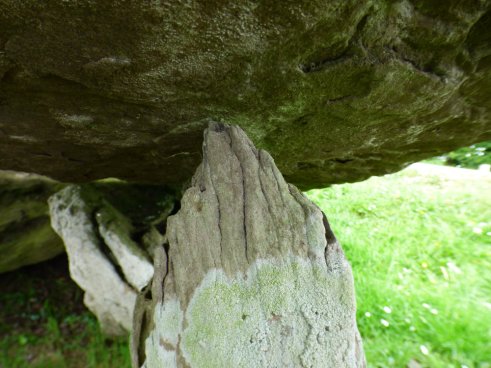 “I’ve dreamed this place…” We explored, counting the nine, pointed stones that once supported the great capstone of the burial chamber. Raised around five and a half thousand years ago, it would have been covered with a huge earthen mound, shaped like a prehistoric axe. A place where the bones of the ancestors were kept and visited, where their bones marked the place of their people and where, perhaps, it was hoped they would lend their aid and wisdom to their kin. 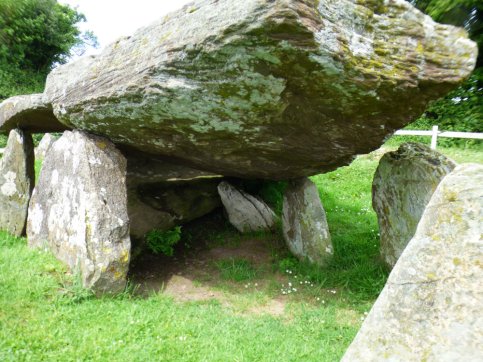 “It’s incredible…” We had never seen anything like the angled passageway before that would once have led into the mound. That was a first. The association with King Arthur was not. Many stones bear the name of the archetypal Warrior. This one has a number of legends… it may have been built to mark one of his battles. Or it may be more likely that the giant he fought there really did leave the mark of his elbow in the stone when he fell…certainly, the depression is visible. Or perhaps that was the mark left by Arthur’s knees when he knelt to pray…

“It seems familiar…” Well, it has history… and not just the Arthurian kind that illustrates how fluid time is when history becomes legend. The historical King Arthur, if such there was, lived around a mere fifteen hundred years ago… about four thousand years too late for the building of the tomb. But King Charles gathered his armies here and dined at the stone in 1645. Celebrations and dancing were held at the site until the middle of the nineteenth century… and for some unfathomable reason, there was a Baptist service held at the stones too, on the fourth Sunday every July… Not just time, but focus is fluid where legend is concerned. 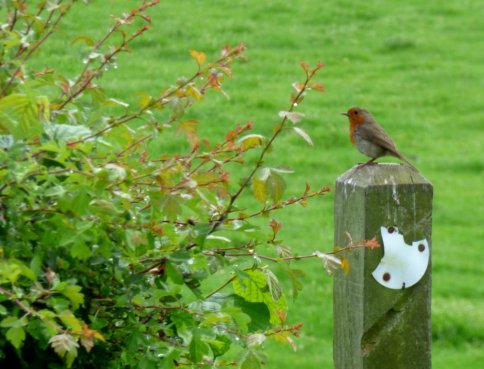 “Look…” The robin waited until I’d taken a picture, watching us with its head on one side, ‘almost looks as if it wanted to say something to us.’ I really should have realised then, but it wasn’t until much later, researching the site, that I found at least one of the things this otherworldly place reminded me of.

‘Deep magic from the dawn of time…’ and the broken Stone Table in Narnia upon which Aslan was slain by the White Witch, only to rise again because of a deeper magic still, written into being before the dawn of time. It was from this place that C.S.Lewis had drawn the inspiration for the Stone Table. Perhaps Lewis too had caught an echo of ancient whispers on the wind, a shadow of a belief that life, death and birth are but part of an endless cycle of which we, too are a part. 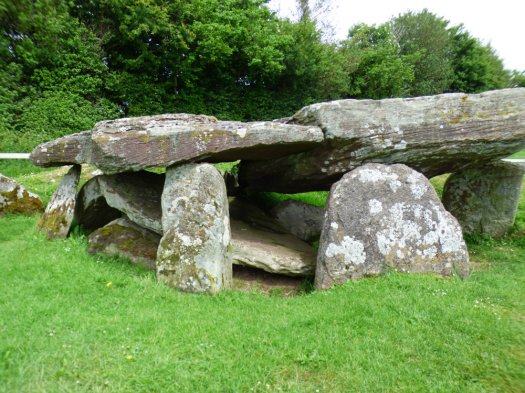 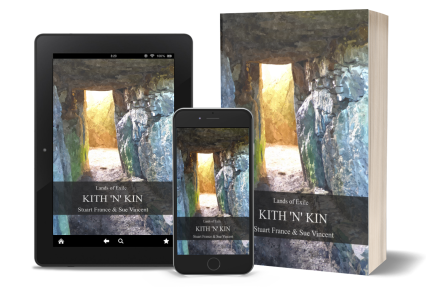