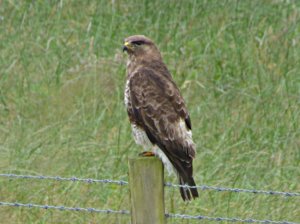 “Before we solve that particular problem,” says Wen, warming to her theme, “I’d like to spend some time considering the ‘craving motif’.”

“It is not particularly overt in the Grimm version. I even thought about including it as a problem.”

“It is occluded in Grimm, one could be forgiven for thinking that Rapunzel is named on a whim.”

“She even gets the birthmark, presumably because the craving for parsley is only partially satisfied.”

“Are we thinking that the craving comes from the unborn child?”

“As a curse of styes in the eye we, perhaps, might be, yet the birthmark motif seems to hark back even further and is at least suggestive of the spirit of plants or some such.”

“Ridicule, or call them to the forefront of our attention,” says Wen, and then continues, “the second tale of Day One, ‘The Myrtle’, features a fairy who lives in a sprig of Myrtle.”

She seems mighty reluctant to let this go…

“In fact,” says Wen, placing the metaphorical bit firmly between her teeth, “I’m not even sure I’m happy with the term folk belief, I think I prefer folk wisdom.”

“And which version of the tale do you prefer?”

“I wonder if the title owes anything to the ‘King of Kings’?

“And what are we to make of the ending?”

“The ending is hugely problematical and yet these old chestnuts though preposterous in the extreme still retain a curious validity.”

“I agree, yet I am not sure a lion would be quite so afraid of a donkey.”

“In the natural world, no, but for the torturous realms of our inherited psychology it makes perfect sense.”

“Psychologically where would you put it?”

“I’d put it alongside Rumple-stilt-skin.”

“In a story cycle would that be before or after?”

“Of course not, we still have to sort out the Old Woman.”